Strategy& Report: The repercussions of the Beirut explosion

deaths due to blast

injuries due to blast

Strategy& Report: The repercussions of the Beirut explosion

On August 4, 2020, at 6:08 pm local time, confusion and chaos hit the city of Beirut. The once vibrant city found itself engulfed in red smoke and rubble. Over 2,500 tonnes of ammonium nitrate had exploded at the Beirut port that resulted in over 200 deaths, 6,000 injuries, 300,000 people rendered homeless and estimates of US$10-15 billion in property damage.

Local and international volunteers swarmed the city of Beirut in an effort to assist all the people that were affected by the blast. Donations started flooding in from abroad; but the impact was enormous on multiple sectors. According to an impact and needs assessment report conducted by Strategy& Middle East, the city of Beirut has suffered a total damage of approximately $3.115Bn spread across five sectors: Housing ($1.83Bn), Healthcare ($75M), Education ($60M), Businesses ($865M), and Culture ($285M).

The report digs deep into the infrastructure, social, and economic impact that the explosion has had on the country based on these sectors in addition to food security. Strategy&, in collaboration with Impact Lebanon, also highlights the estimated financial requirements versus the announced pledges in each sector. According to the report, the estimated total financial requirements is $3.67B with housing taking the lead at $1.86B, followed by businesses at $1.095B, $285M for culture, $155M for healthcare, $215M for food security, and $60M for education.

The total announced pledges to date amount to $645M with the majority dedicated to the healthcare sector followed by food security; most of which is coming from foreign aids that responded to the blast due to its magnitude.

Stay up to date with the pledges received and funding gaps per sector. To view the detailed report, click here. 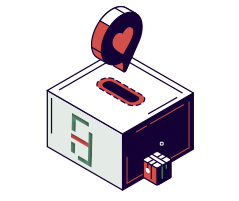 To make a donation, please visit our DONATE page